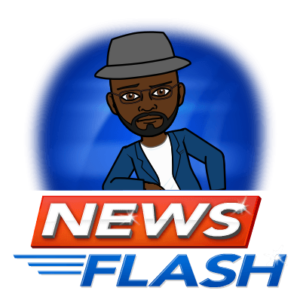 Many people have asked, “Robby” why did you start the RideShare Advocate Group? Well, good question! It started off with me having a bad RideShare experience; it gave birth to my overall awareness and a much larger problem. If I did not have this incident, I may not have thought this was happening to others.

The story starts like this, I requested a ride from one of the 3 Rideshare carriers in the Chicagoland area and I was shocked at the car that showed up. The car was old, had dents, dirty, smelled like weed, and the driver acted as if he had just finished smoking it. I really needed to get to my destination, so this was my focus. After a few days had passed, I thought about it, and became even more upset about this experience to me. Then I thought, surely, I am not the only one who has had this happened to them. I started talking to friends, co-workers and people who I would come across who were using the Rideshare services. People were very opened to share their passenger experiences while using one of the RideShare companies. I was surprised by so many people that have had bad drivers or experiences and some of their stories were much worse than mines. This was enough for me to take action.

I knew I had to come up with a plan to get a better understanding of what was really happening from a different perspective. I decided to drive for a couple of the Rideshare companies, I was shocked with how fast I was cleared to drive and how easy it was, especially with me not having a background in driving people around or not having a good sense of direction in a city as large as Chicago.

The Rideshare company background process, didn’t take long and it was completed before I knew it. I started driving people around who didn’t know much about me or if I had a checkered past (I don’t). Again, I had zero training on how to greet people, or training on what to do if a problem arose. I was not shown how to use the driver phone application, what to do or who to call if there was a question. They just provided me with a website link to watch (no live person to call if I had a problem). I recall thinking to myself, are they for real? Then it dawned on me, now I see how my RideShare and others could have had bad experiences while riding? “No formal training and no accountability.

Shortly after driving for the RideShare companies, I would hear passengers talking about how nice and professional I was, how clean the car was,the music station options, the nice car smell and how they wish all their rides were the same. This would open the door for me to start conversations with the passengers about some of their bad Passenger experiences and how they felt helpless. I started noticing a pattern and I would document it to share with the Rideshare office whenever I would go there, they would tell me they are looking into it and they were not aware of these types of problems. It got to a point where I had lost count of all the passengers who would share bad experiences while using one of the companies.

This is when I felt I had to do something about this problem and decided to start RideShare Advocate Group, where the focus would be on the passenger’s safety, education, information and news using the website, social media and Pod-Cast.

Join us! Invite others! Together we can achieve much more and have the RideShare experience you always expect and deserve.

Have a question?
Email us at Robby@Rideshareadvocate.com