Blog - Latest News
You are here: Home / News / Lyft Could Have One-Third of the U.S. Rideshare Market by Christmas 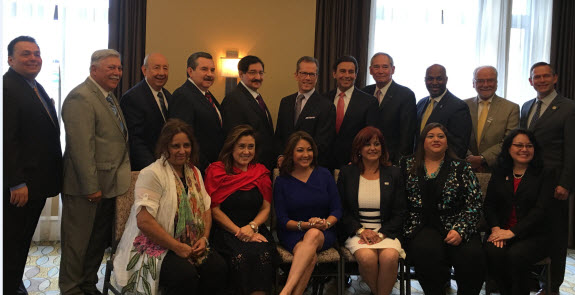 Investor projections claim Lyft’s market share has surged in the last year, with the ride-hailing company on track to grab about one-third of the U.S. ridesharing market by the end of the year. That would amount to a major success by Lyft in leveraging a year’s worth of public relations disasters for its much larger rival, Uber.

The documents, shared with and reported by Bloomberg, came from a major Lyft investor and were prepared at the end of the second quarter. They also suggest that Lyft is getting closer to being profitable, though spending to continue growing its market share will likely delay that landmark.

Many observers saw major gains for Lyft as a likely outcome as Uber’s chaotic 2017 unfolded. The pileup began with a boycott over the perception that Uber was undermining a protest of President Donald Trump’s first travel ban. Just weeks later, came a string of sexual harassment and misconduct scandals and executive departures, and then a videotaped hissy fit by then-CEO Travis Kalanick.

Then Google spinoff Waymo sued Uber, contending Uber’s self-driving car program was founded on stolen technology, and Uber has often seemed to be caught off guard in the suit. Finally, in June, Kalanick stepped down from the CEO role.

It was, in short, one of the worst years on record for a company of Uber’s size. Worse, many of the episodes reinforced the image of Uber as not just a frequent lawbreaker, but as a morally compromised company. Given the ease with which rideshare users can switch apps, it would have been surprising if Lyft didn’t gain substantial ground.

But Lyft leaned into the opportunity, including with high-profile ads reminding users that “It Matters How You Get There.” It showed that Lyft understands what Kalanick may not have — that when the competition is just a click away, public perception matters immensely.

Uber’s new CEO, Dara Khosrowshahi, is off to a strong start repairing the damage, but Lyft still has a wide passing lane. Repairing Uber’s reputation will take time, and Lyft is attracting big new investments that may help it claim even more of the U.S. market in the meantime.

Want to join the discussion?
Feel free to contribute!